ALL MY FRIENDS ARE GETTING MARRIED

With the help of my ally and good friend, executive producer Brian Beaton, Shoreline Entertainment is the reputable distribution company that will release the finished product worldwide theatrically, on DVD and cable. They released Brooklyn Lobster starring Danny Aiello and Jane Curtain and many other successful indie films like Glengarry Glen Ross with Al Pacino, Alec Baldwin and Jack Lemmon. I can’t say who we’re talking to yet but I’m so humbled by the caliber of name talent that has shown interest. Geoff Burton; a well-known and incredibly talented Australian director has endorsed the project. He just wrapped up a film he directed on location in Asia.  I’m flattered that he likes my stand up show and my script considering he’s worked with Russell Crowe and Nicole Kidman. It takes a long time and it can be hard slog, but my perseverance looks like it’s paying off.  The difference between success and failure is perseverance.

Here’s some more information on other upcoming projects:

NOT UNTIL SHE SINGS (Writer/Actor)

This project also has possible distribution from Shoreline Entertainment and they want to discuss a deal with us. Again, this distribution deal is based on the strength of the script. It’s a very original, uplifting and spiritual comedy/drama.

This is the screenplay adaptation to the biography of one of Frank Sinatra’s closest friends and inner circle, Dino Pavlou. It is a dramatic and heart wrenching journey that begins during Greece’s civil war and World War II in a small village in Greece through until the present day in New York. Sonny Grosso from Grosso/Jacobsen Productions said, “This is some of the best writing, if not the best writing I’ve seen in the business.Ã¢â‚¬Â Sonny was responsible for getting The French Connection made based on his story as a New York cop and was the technical advisor on the Godfather movies. He’s taken a very keen interest in my acting career. This project is currently going through rewrites. 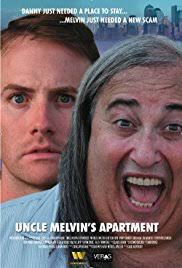 I played the part of a sarcastic and witty Doorman in the movie Uncle Melvin’s Apartment from Weintraub Films. The movie will be released within the next few months. The director Craig Weintraub has had a lot of support from Martin Scorsese’s production company. He’s a very talented director who’s slated to direct his first feature called, Baby Grand.

The world premiere of Uncle Melvin’s Apartment took place in New York City on September 20, 2010 at the Clearview Cinema. It really is wonderful to see the finished product.  It was such a thrill to be part of this. The movie is being submitted into the Sundance Film Festival. As of 2013, the movie has an international distribution deal.

Here are some pictures featuring all the glitz and glamour on the GALLERY page: Uncle Melvin’s Apartment Movie Premiere

Executive producer Brian Beaton is in the process of bringing this very original, quirky, comedy romance to fruition. This project adheres to the criteria of Screen Australia which means that they will put in 30% of the budget so long as it has a distributor. One of the most respected directors in Australia, Geoff Burton has praised the script and has offered to direct. Geoff has worked with such talents as Nicole Kidman, Russell Crowe and many other Australian artists. 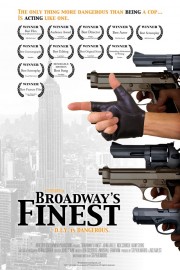 Like Mona, this movie is winning all sorts of awards.

It was a lot of fun playing a vagrant. I even got to wear padding and do my own stunt.

I play a drunk bum lying on the streets of Astoria, New York having a snooze and nursing a hangover. Two cops come over and lift me up out of my drunken stupor. As they walk me to the police car, I barf. Ahhh, the glamour of Hollywood. I guarantee you nobody can throw up a cold serving of Campbell’s chunky vegetable soup like me.

I don’t look anything like myself. The makeup artists were absolute masters. It was more shocking than usual when I looked into the mirror after they transformed me with broken capillaries and down to the gritty details of dirt under my fingernails.That’s the fun about being a character actor. A crowd formed during filming and they’d applaud after I’d throw up, do my stunt and fall to the ground.

During my break, I walked into a café and I was about to be thrown out. Best compliment to an actor ever! 😉